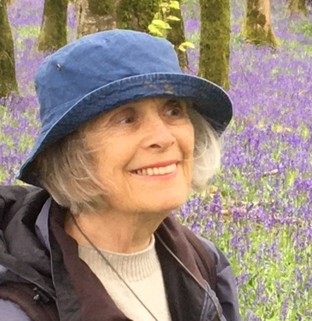 Susan Day is the granddaughter of Walter Percy Day and niece of Peter Ellenshaw, both matte shot and special effects artists. She was born near London to the cameraman and photographer Thomas Sydney Day and Irene Winifred Day, and educated at Ashford Grammar School (Middlesex). At the age of sixteen, she emigrated with her parents and her sister, the artist and author Sonia Day, to the West Indies, to Jamaica and the Bahamas. Various jobs included a stint decorating ceramic plates at the Bahamian branch of the Chelsea Pottery, run by the artist David Rawnsley (1909-1977).

In 1968, Day settled in Paris, where she formed lasting friendships with the artists Richard Davies (1973-1991) and Holley Chirot (1942-1984). She read Islamic art at the Ecole du Louvre, graduating with a thesis devoted to the Ottoman Turkish carpet collection of the Musèe des Arts Décoratifs in 1985. From 1981 to 2004 she was Chief Librarian at the Institut Français d'Architecture/Cité de l'architecture et du patrimoine. Author of monographies devoted to the architect-decorators Louis Süe and Jean-Charles Moreux, she organized an exhibition on the work of the former at the institute and contribued entries to the Macmillan Dictionary of Art and the Allegemeines Künstlerlexikon.

Concurrently, Day remained active in the textiles field, serving as Scientific Advisor to an exhibition of oriental carpets held at Les Arts Décoratifs in 1995-1996 and writing various books and articles on the subject. In publishing Art Deco and Modernist Carpets in 2002 she was able to pool her twin fields of knowledge. In 2004, Day joined the Islamic Department of the Louvre Museum, as Scientific Advisor for carpets and textiles and after her retirement worked as volunteer Consultant for the Musée des Tissus, Lyon and Les Arts Décoratifs, Paris. She was formerly a member of the academic committee of the International Conference on Oriental Carpets (ICOC) and the Centre International d'Études de Textiles Anciens (C.I.E.T.A.) and a Contributing Editor to the magazine Hali.

Day has since taken up painting, attending life-drawing classes at the Académie de la Grande Chaumière and oil painting in the studio of Rosy Lamb. At present, she is a member of the local art scene in Dorset where she now lives.